The Kennedy Room of Local and South Carolina History and Cleveland Genealogy Department houses an extensive collection of source material for genealogy and history researchers. In addition to books, types of materials in our collection include microform, maps, media clippings, manuscripts, visual arts and access to several online genealogy databases. The materials’ focus is on Spartanburg County but also includes South Carolina and regional information. 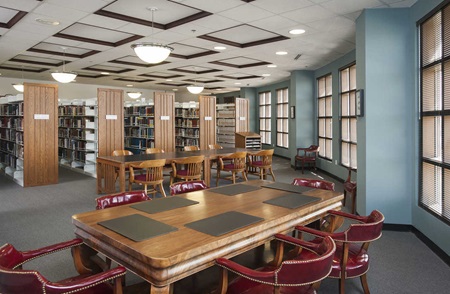 What are you looking for?

The Kennedy Room’s collection offers a large variety of research sources for genealogists and history researchers.
Among the source material offered:

The Kennedy Room’s collection offers a large variety of online research sources for genealogists and history researchers.
Among the source material offered:

One of the most important and unique offerings of the Kennedy Room is its index of deaths from Spartanburg newspapers. This index begins with the earliest Spartanburg newspaper available, the July 17, 1844 edition of the Carolina Spartan, to the current issue of the Spartanburg Herald-Journal. This comprehensive, ongoing project has yet to complete indexing 1923-1929.

The Kennedy Free Press is the publishing arm of Spartanburg County Public Libraries’ local history and genealogy program. It was created in 2012 to connect modern readers with the community’s rich history through research materials found in the Libraries’ Kennedy Room collections. Its first book, “Awake with Drake: Conversations with a Radio Institution” was published in October 2012 with additional titles, "Trotting Sally" and "Landrum Schools Through the Decades" following in 2014 and 2016, respectively. 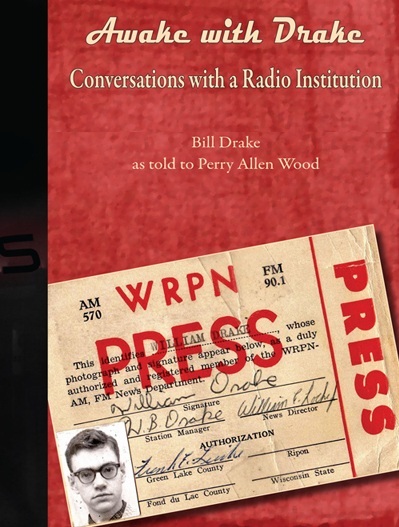 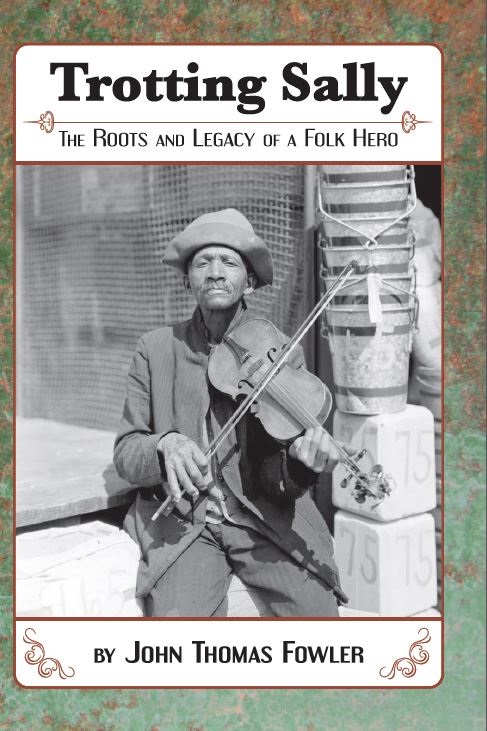 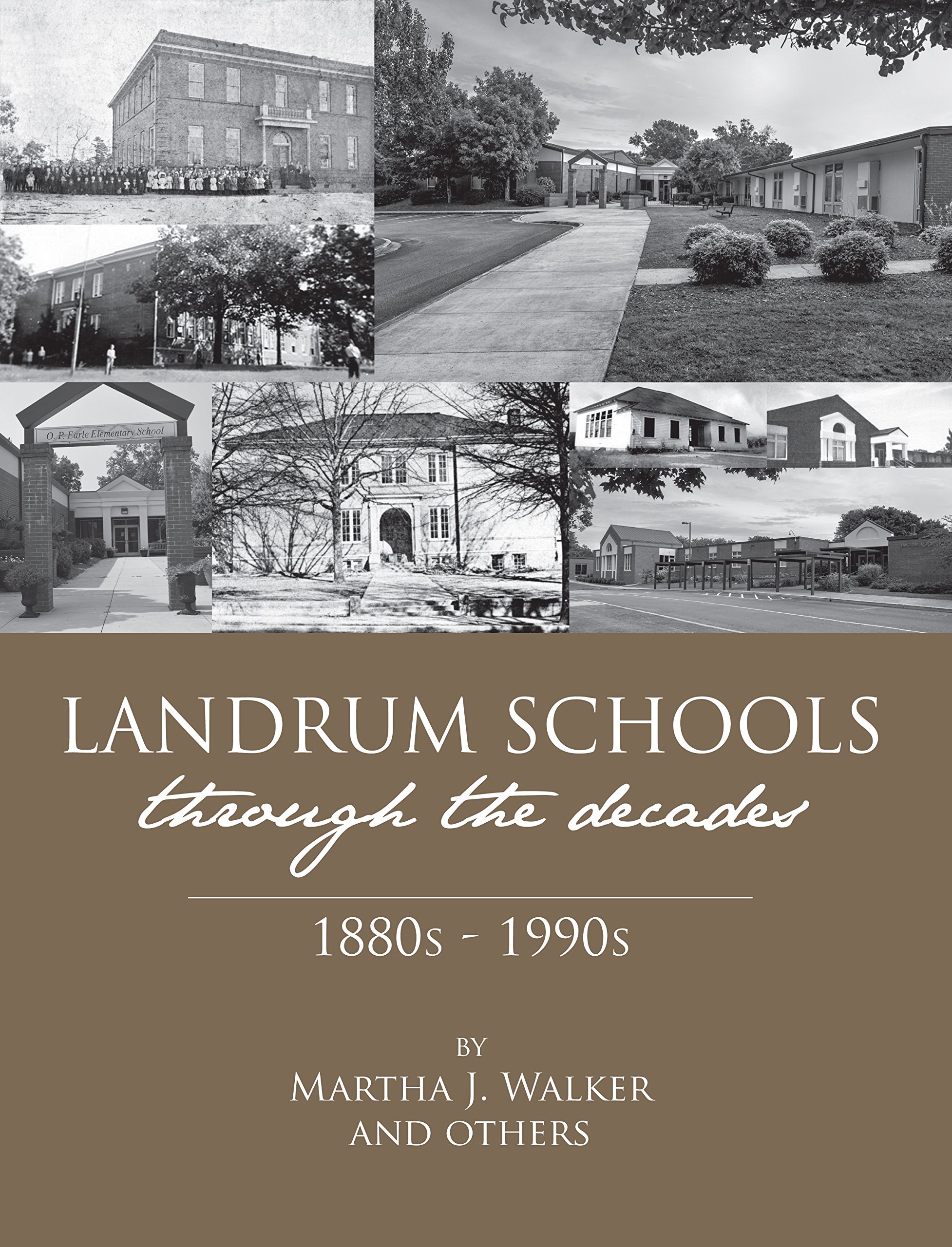 Landrum Schools Through the Decades

The Spartanburg History Series for Young Readers is designed to educate our community’s children and youth about the people, places, and events that built the Spartanburg County of today. This series was written by former Spartanburg resident, Steve Jobe, with elementary and middle school curriculum standards in mind.

The Battle of Gettysburg: Repulse of Longstreet's Assault, July 3, 1863

An iconic visual document of a pivotal moment in American history has a new home in downtown Spartanburg. The Johnson Collection’s monumental painting, The Battle of Gettysburg: The Repulse of Longstreet’s Assault, July 3, 1863, has been relocated to the Church Street headquarters of the Spartanburg County Public Libraries. The work is installed and displayed in the Moseley Gallery, one of two new programming spaces on the facility’s upper level.

Measuring 20 feet in length and over 7 feet in height, The Battle of Gettysburg had been housed at the corporate headquarters of Advance America. While open to the public for viewing, the site did not provide optimal accessibility. In an effort to increase the painting’s visibility and maximize its potential as a teaching tool, the library leadership and Johnson family initiated a public-private partnership. “With over a half-million visitors each year, the library headquarters offers the greater Spartanburg community unparalleled access to this compelling record of our nation’s history,” stated George Dean Johnson, Jr. “The Johnson Collection operates on the principle that art should be shared, and The Battle of Gettysburg’s new location will ensure that our neighbors—and visitors to Spartanburg—will have more opportunities to appreciate this particular work of art and the American story it conveys.”

“One of the core roles of the Spartanburg County Public Libraries is to acquire, preserve, and present the historical record,” says Mary Speed Lynch, Chair of the Spartanburg county public libraries' Trustees. “The Gettysburg adds a new dimension to the Kennedy Room of Local and South Carolina History. The Battle of Gettysburg, coupled with the Kennedy Room’s holdings, brings to life one of America’s greatest conflicts. We are proud to partner with the Johnson Collection in the presentation of South Carolina and America’s story.”

An audio tour available on The Johnson Collection website’s mobile application will allow visitors to enjoy an 11 minute narration of the painting’s significance and content.

The Battle of Gettysburg was executed by James Walker (1819-1889), an English immigrant who earned accolades as a painter of battle scenes during the Mexican War, skills he later put to use making sketches of key Civil War conflicts. After the war, Walker began to collaborate with John Badger Bachelder (1825-1894), a photographer and topographic artist who had been attached to the Union army as an illustrator. In the immediate aftermath of the 1863 conflict, Bachelder began an on-site study of the scene and the principals involved. The resulting isometric map led to Walker’s commission to create a massive painting that details the battle’s particulars. Completed in 1870, Walker’s grand canvas captures the dramatic conclusion of the three-day battle, which marked a turning point in the war’s tide. Bachelder’s meticulous research and Walker’s precise technical skill combined to produce an epic visual record of the event, including regimental positions, combat vignettes, Union and Confederate soldiers, noble steeds, victory, and defeat.

“Both casual and serious students of nineteenth century history will find a wealth of information in the Battle of Gettysburg’s presentation,” asserts Johnson Collection curator Dr. Erin Corrales-Diaz. “The monumentality of the painting allows the viewer to become immersed in the scene, yet the detailed vignettes such as Confederate General Armistead handing an aide his pocket watch to give to Union General Hancock, provide a spotlight focus that makes the painting more tangible and accessible.”

Established in 2002 by Susu and George Dean Johnson, Jr., the Johnson Collection includes more than 1,200 works of fine art relating to the American South. The collection also seeks to enrich its local community by inviting the public to interact with these inspiring works of art. Featuring rotating exhibitions, TJC Gallery, located at 154 West Main Street, is open to the public on Tuesday and Thursday afternoons from 1:00pm to 5:00pm, as well as during the city’s monthly ArtWalk. In March, the Johnson Collection and Phifer-Johnson Foundation were recognized with the Governor’s Elizabeth O’Neill Verner Award for the Arts, the state’s highest honor for the arts. The South Carolina Arts Commission noted the Johnsons’ “dedication to arts advancement and arts accessibility.”

Our “Attics to Archives” program seeks to preserve Spartanburg’s local history through collections of photographs, manuscripts, business records, sound recordings, films and maps. We encourage you to consider donating your collection to our repository, or lend it to us to digitize for our Historical Digital Collections. We can even visit your home or business to evaluate larger collections.

Research Assistance and Placing Order Requests
The Kennedy Room offers limited assistance to researchers unable to visit us in person. A list of area researchers for hire is available upon request.

General Research Requests
Types of general research requests include: The fee for general research is $5.00 service fee per request and 50¢ per photocopied page (includes shipping & handling).

*Note: If a name in the newspaper death indexes has more than one date with it, or is listed more than once, each of these will be considered a separate request.

Conditions of Use
Published and unpublished materials may be protected by Copyright Law (Title 17, U.S. Code). It is the researcher’s obligation to determine and satisfy copyright or other use restrictions when publishing or otherwise distributing materials found in the Library’s collections. The Spartanburg County Public Libraries is not responsible for any illegal or improper use of these materials.

For the protection of its collection, the Spartanburg County Public Libraries also reserves the right to restrict the use of unprocessed materials or books and documents of exceptional value and fragility. Use of any material is subject to the approval of the County Librarian.

No image containing the identifiable likeness of any individual may be used for commercial purposes, including advertising, endorsement or promotion.

For more information regarding the use of local history materials, please contact the Kennedy Room at (864) 596-3508.

Processing Information
For all requests and orders, please allow approximately two weeks to receive copies or digital files. Prepayment is required for these requests. Check or money orders are accepted. Credit card payments are accepted onsite at the Headquarters Library at the Circulation Department or the Library Store. Rush orders are accepted for processing within 3 business days; additional rush charges apply.

We are located on the upper level of the Headquarters Library.

Printing/Copying is $0.15 per page for black/white or $0.50 per page for color. Our microfilm machines also save to USB drives and email documents for free. Patrons living in the Upstate area (Spartanburg, Greenville, Cherokee, Union, Laurens, Polk Counties) must have a Spartanburg County Library Card or a Computer Use Card for copying. Day Passes are issued to patrons living outside the Upstate area.